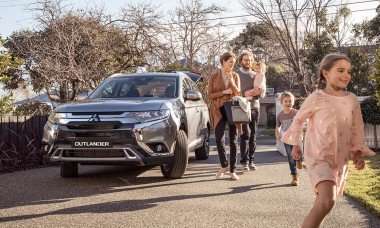 Evolution is a necessity for the sustenance of legends.

The legendary Mitsubishi Pajero continued to conquer global off-road adventures since its debut in 1982, eliminating the boundaries between on-road and off-road. It showcased its power at the Dakar Rally racecourse and wooed the audience with its race endurance capabilities. In 1999, it traversed the evolutionary road into its third generation. The aim of this evolution was to drastically and distinctly change and improve the driving quality.

To understand the vehicle’s own kinematic performance from its own perspective, Mitsubishi conducted a thorough review of the marque, starting from body structure, and came up with an improvised dimensional body with a built-in ladder frame chassis.

Offering both high rigidity and lightweight, the new generation of Pajero achieved a low center-of-gravity body balance while maintaining good road clearance. It also featured a 4-wheel independent suspension that gave each wheel a secure grip on the road surface. With the 3rd generation, Mitsubishi unleashed the marque’s full potential from the fundamentals and achieved a dramatic leap forward in its kinetic performance. It was back on the road, bigger, better and stronger than ever before, immediately capturing the attention of a mass audience who sought the luxury of driving a passenger car on the gritty off-roads on their long adventures.

Perfection can be achieved only through constant evolution, and evolution requires finding sensibility in changes so that even the familiar roads feel different with the new found driving power. In 2006, Mitsubishi introduced the 4th generation of the Pajero, in order to further perfect the marque in all areas while remaining true to its original development philosophy; which was to offer drivers an outstanding driving performance that took rough roads in a stride.

This new evolution did not follow its previous patterns of providing new solutions that made the news. This evolution was geared towards maturity through numerous processes. For example, the changes began with refinement at the very basic performance level, giving attention to small areas, including 54 spot welding additions to dramatically increase body rigidity.

The drive quality that resulted from all these refinements elevated the everyday driving experience to a new level. A decade later, the Mitsubishi Pajero maintains its legendary status and has become a part of an automotive cultural heritage.